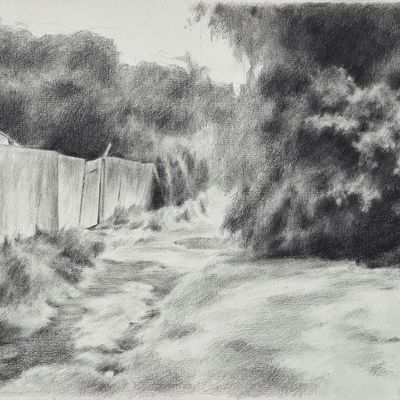 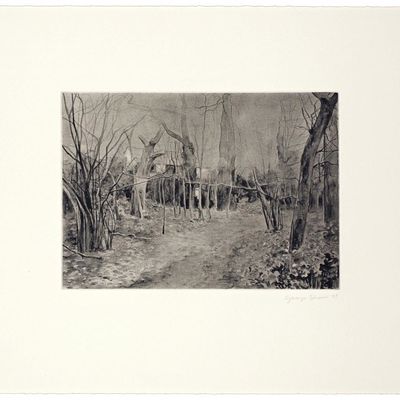 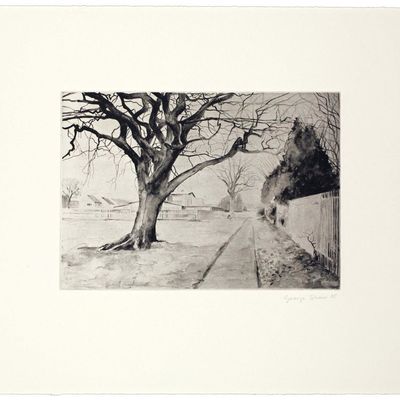 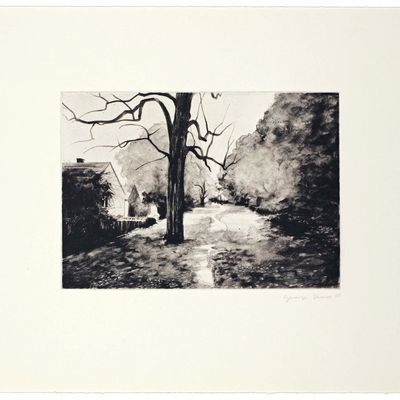 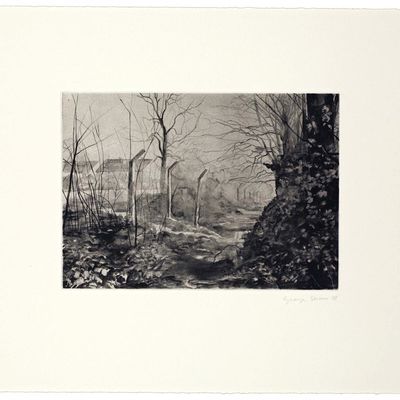 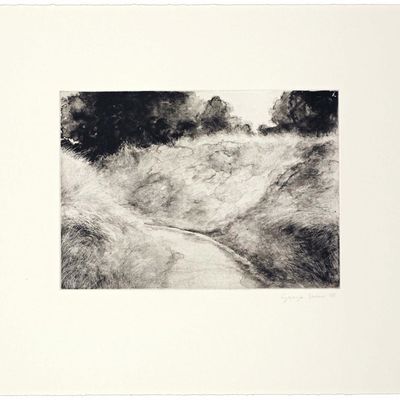 George Shaw was born in 1966 in Coventry. Shaw first attracted attention for painting the estate where he grew up in the 1970s, in the Tile Hill suburb of Coventry. Shaw studied art at Sheffield Polytechnic and received a BA in 1989. In 1998, he completed an MA in painting from London's Royal College of Art. Shaw is noted for his highly detailed naturalistic approach and English suburban subject matter. His favoured medium is Humbrol enamel paint, more commonly used to paint Airfix models, which lends his work a unique appearance. He was shortlisted for the Turner Prize in 2011 for The Sly and Unseen Day. Shaw has recently contributed a short story 'The Necromantic' to '13', a collection of short stories published by Soul Bay Press. Shaw is based in Ilfracombe, Devon.