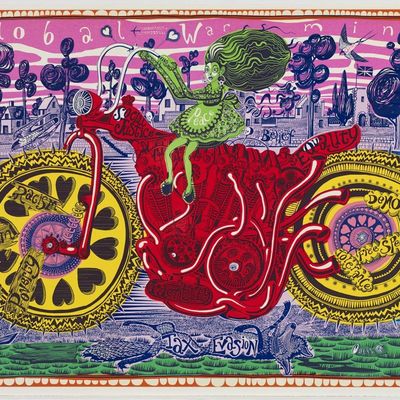 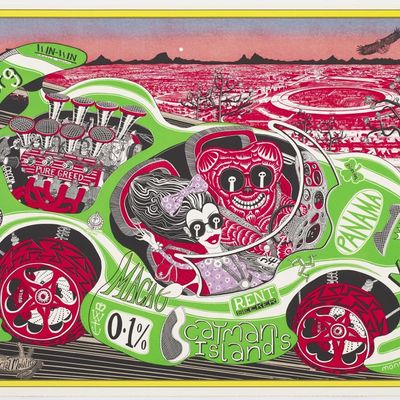 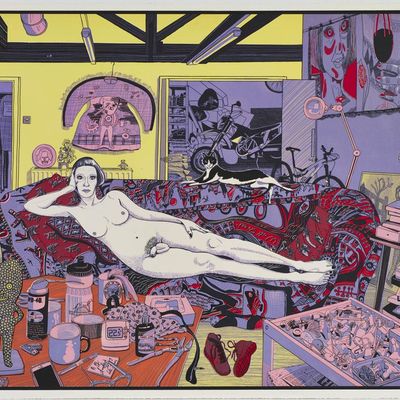 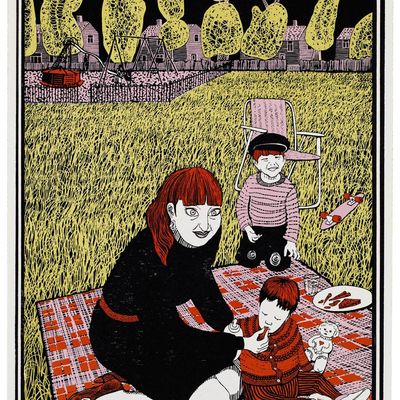 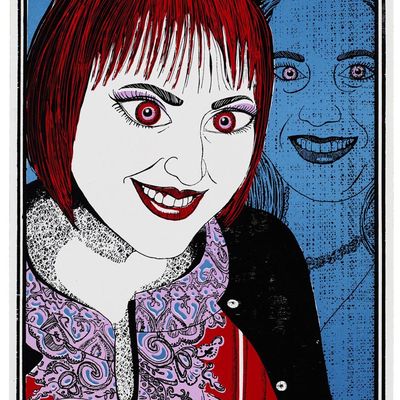 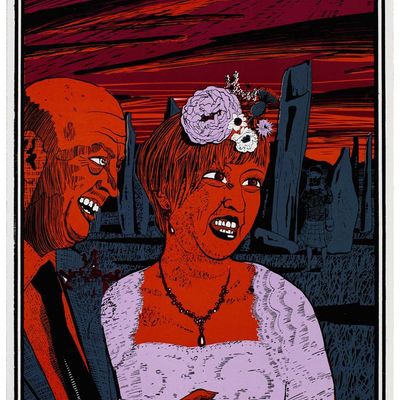 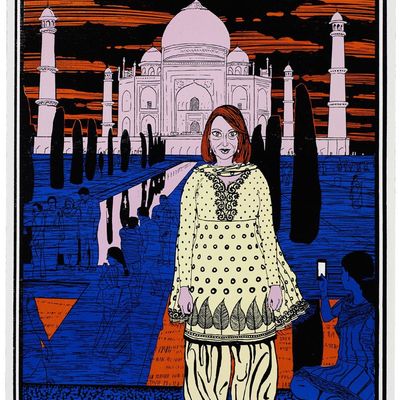 Grayson Perry CBE RA (born 24 March 1960) is an English artist, known mainly for his ceramic vases and cross-dressing. Perry's vases have classical forms and are decorated in bright colours, depicting subjects at odds with their attractive appearance. There is a strong autobiographical element in his work, in which images of Perry as "Claire", his female alter-ego, often appear. He was awarded the Turner Prize in 2003. In 2008 Perry was ranked number 32 in The Telegraph's list of the "100 most powerful people in British culture".  In 2012, Perry was among the British cultural icons selected by artist Sir Peter Blake to appear in a new version of his most famous artwork—the Beatles' Sgt. Pepper's Lonely Hearts Club Band album cover—to celebrate the British cultural figures of his life.  Perry frequently appears in public dressed as a woman, and he has described his female alter-ego variously as "a 19th century reforming matriarch, a middle-England protester for No More Art, an aero-model-maker, or an Eastern European Freedom Fighter," and "a fortysomething woman living in a Barratt home, the kind of woman who eats ready meals and can just about sew on a button". In his work Perry includes pictures of himself in women's clothes: for example Mother of All Battles (1996) is a photograph of "Claire" holding a gun and wearing a dress, in ethnic eastern European style, embroidered with images of war, exhibited at his 2002 Stedelijk show. One critic has called Perry "The social critic from hell". In 2011 Perry curated the Tomb of the Unknown Craftsman at the British Museum. In 2015 the external work was completed on a holiday home in Wrabness, Essex, created by Perry working with FAT Architecture. It overlooks the River Stour, after a commission from Living Architecture, the charity founded by the philosopher Alain de Botton, and is known as "Julie's House." The house encapsulates the story of Julie May Cope, a fictional Essex woman.Writing in The Guardian, Ellis Woodman said, "Sporting a livery of green and white ceramic tiles, telephone-box red joinery and a gold roof, it is not easy to miss. ... Decoration is everywhere: from the external tiles embossed with motifs referencing Julie's rock-chick youth to extravagant tapestries recording her life's full narrative. Perry has contributed ceramic sculptures, modelled on Irish Sheelanagigs, which celebrate her as a kind of latter-day earth mother while the delivery driver's moped has even been repurposed as a chandelier suspended above the double-height living room."