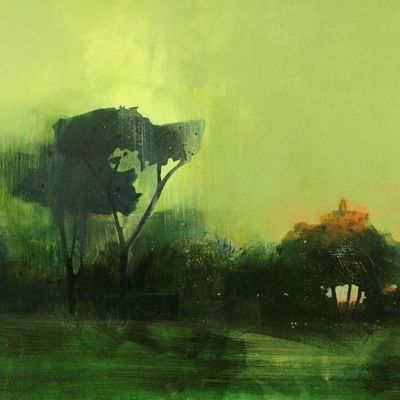 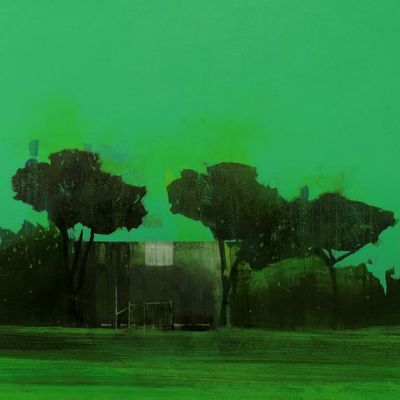 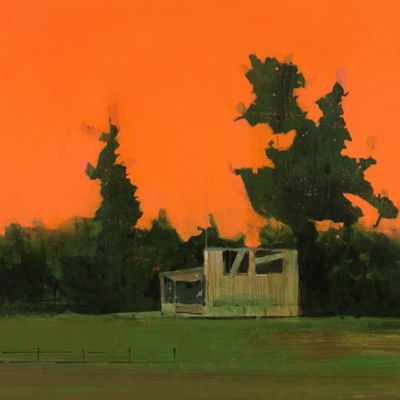 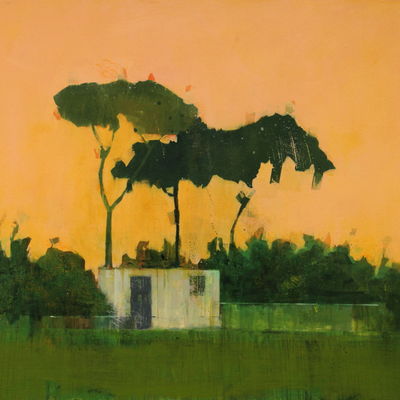 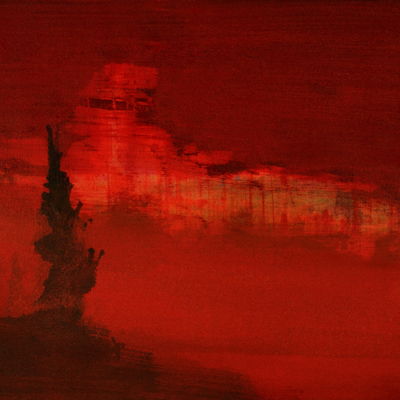 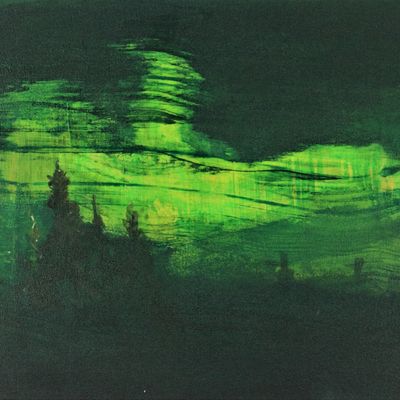 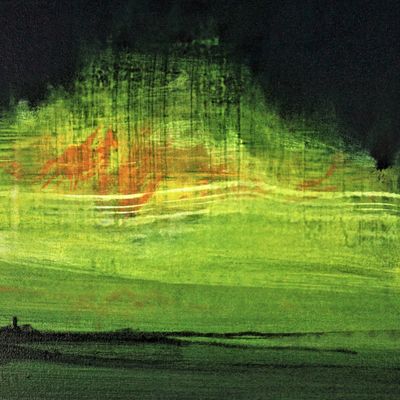 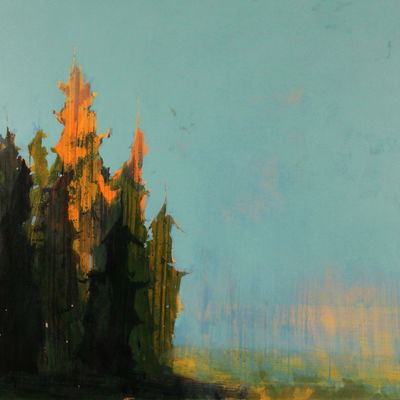 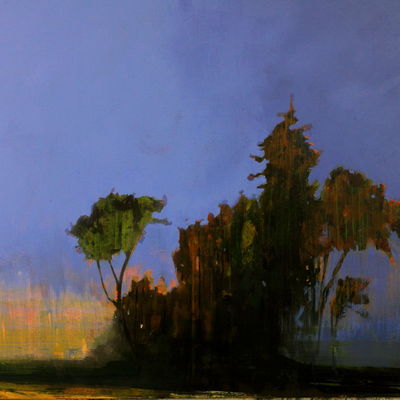 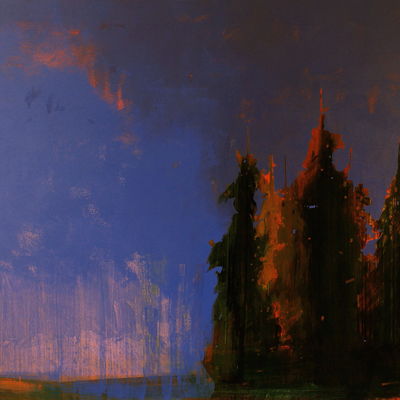 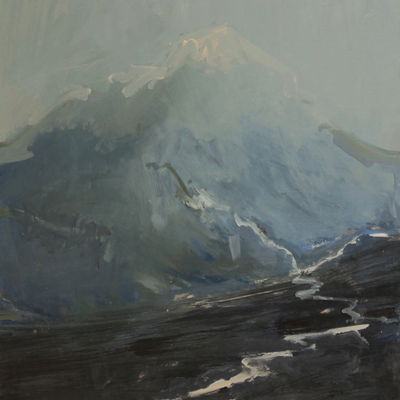 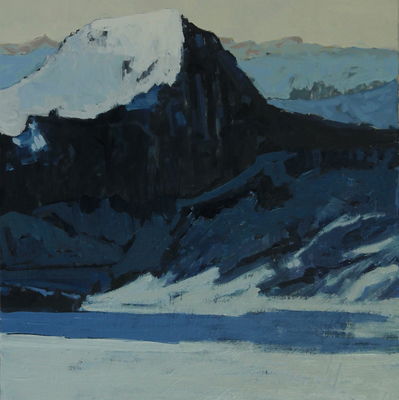 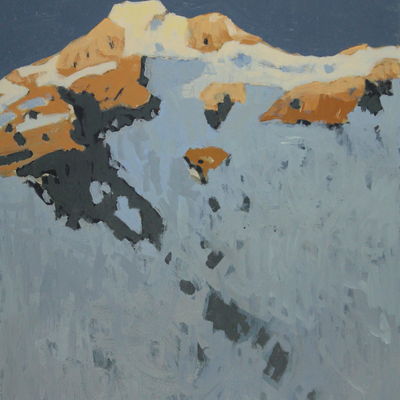 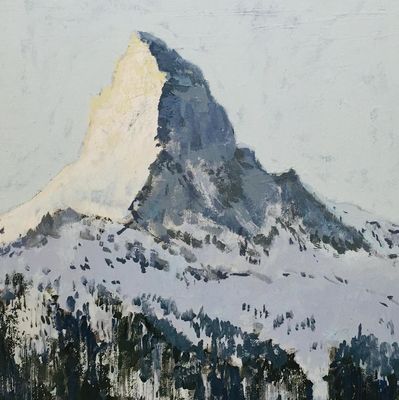 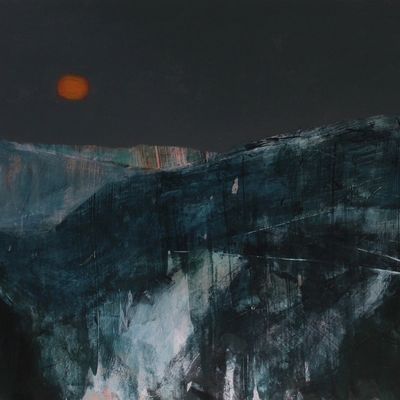 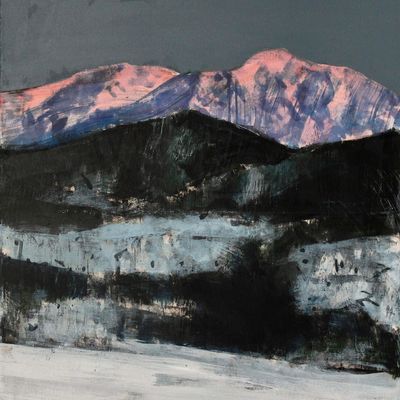 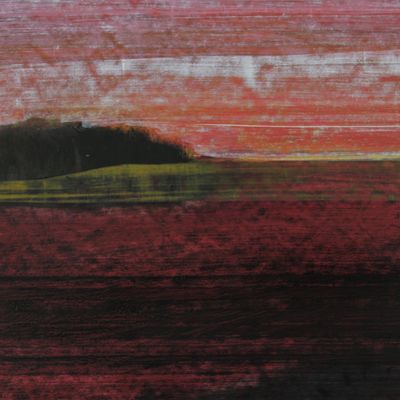 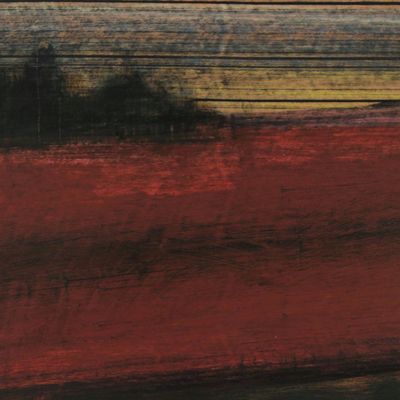 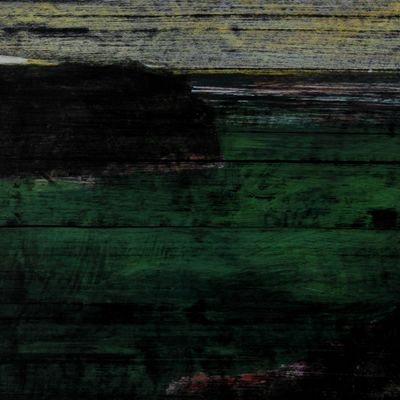 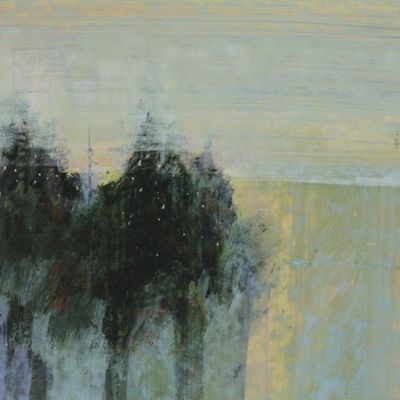 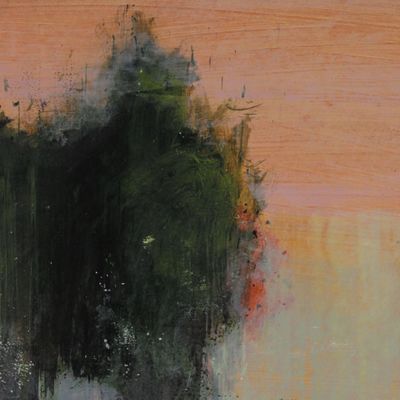 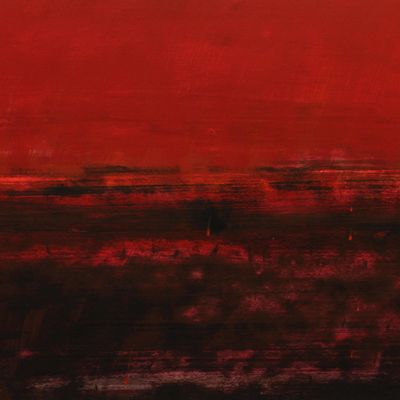 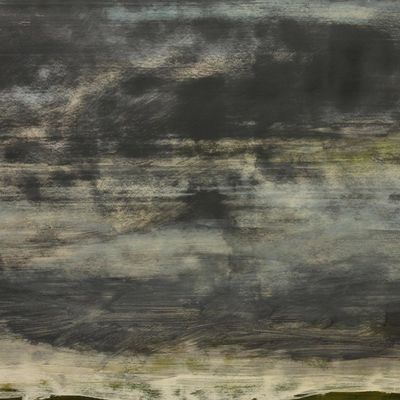 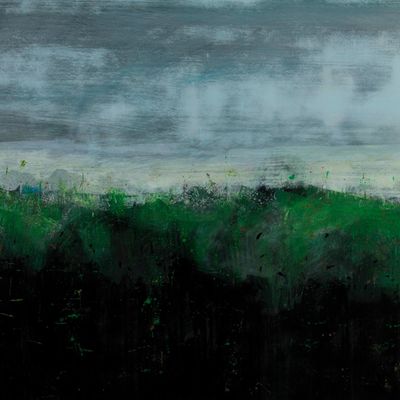 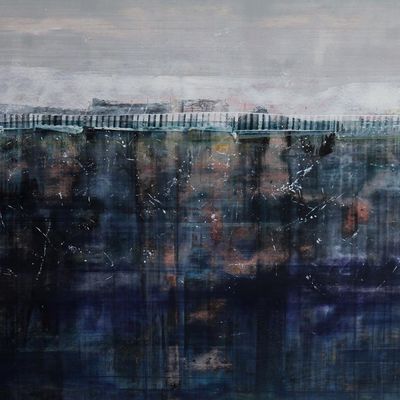 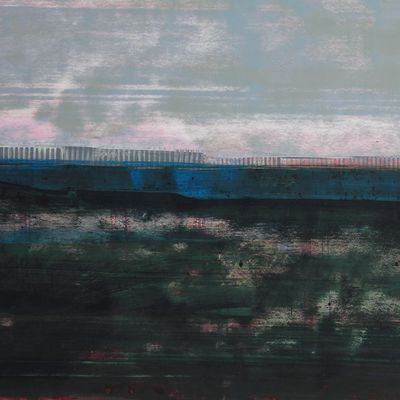 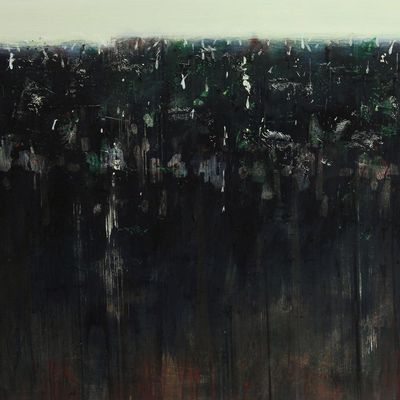 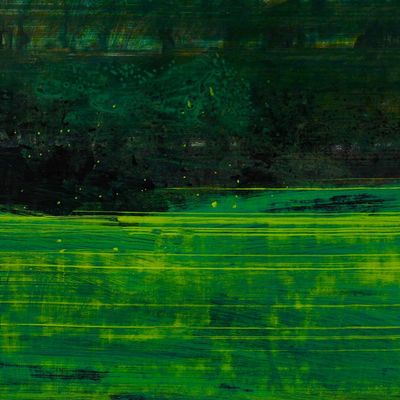 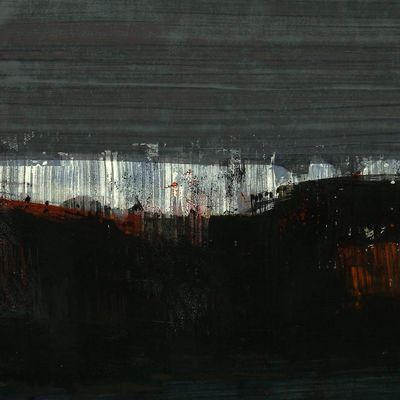 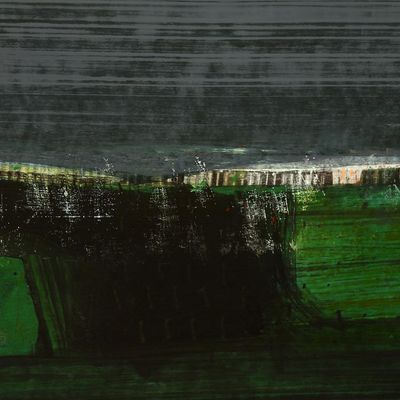 A recurring theme in Mark's work is the romantic idea of the 'sublime', a notion strongly associated for him with the sea and coastline.

Born in Birmingham in 1957, Mark Godwin graduated from the Royal College of Art in 1982 with a MA in Printmaking.  Mark worked for several years as a copperplate printer and plate-maker at various London print publishing studios. His technical skill and ability to transpose ideas into a successful print were eagerly sought after. These years working closely with individual artists had a profound effect upon Mark and gave him added confidence to pursue his own artistic vision.

Mark's development as an artist gathered pace after moving into an ACME Studio space in the east end of London. Here Mark combined his undoubted skill as a printmaker with his other passions for painting and collage. His confident use of colour, and complex compositions, often on a large scale, were the hallmarks of his work over this period of time.

Following a move to Hastings in East Sussex in early 2000 Mark Godwin's work has continued to develop. There is now a strong bias in Mark's work towards painting, both on canvas and paper. Mark has an assured way of handling paint, and a mature confidence in his subject matter.

Mark Godwin has exhibited regularly both here in the UK and abroad, including numerous International Art Fairs. His work features in many corporate art collections and is purchased by various private collectors worldwide.