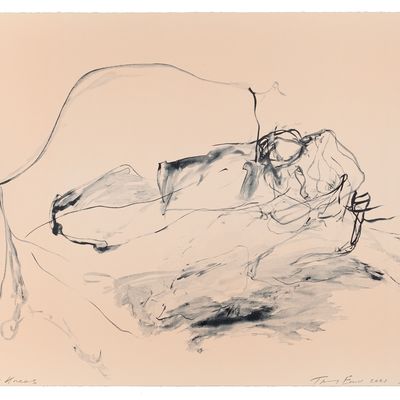 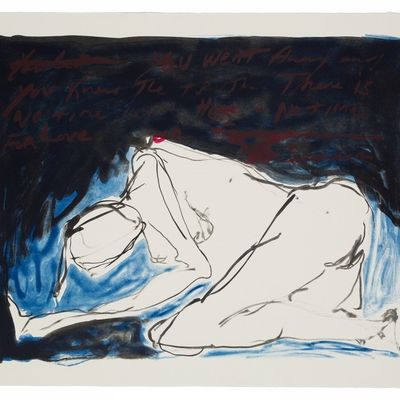 Tracey Emin, in full Tracey Karima Emin, (born July 3, 1963, Croyden, Greater London, England), British artist noted for using a wide range of media—including drawing, video, and installation art, as well as sculpture and painting—and her own life as the subject of her art. Her works were confessional, provocative, and transgressive, often portraying sexual acts and reproductive organs. Critics were seldom lukewarm in their response to her. Like Damien Hirst and Sarah Lucas, she was considered one of the YBAs (Young British Artists; also known as the BritArtists) who came to prominence in the 1990s.

Emin and her twin brother, Paul, were born to an unwed mother. Their father, who was married to someone other than their mother, was a Turkish Cypriot. Emin grew up in the seaside resort town of Margate. She dropped out of school at age 13 and moved to London at 15. Two years later she attended Medway College of Design (now part of the University for the Creative Arts), Rochester, where she studied fashion. She was accepted without a secondary-school certificate at nearby Maidstone College of Art (also now part of UCA) and earned a fine-arts degree in 1986. Thereafter she obtained a master’s degree in painting (1989) from the Royal College of Art in London.
In 1993, in the former London borough of Bethnal Green, Emin and fellow artist Lucas opened a store where they sold their own handmade items. One of Emin’s earliest exhibitions took place in 1993–94 at the influential White Cube gallery on Duke Street (1993–2002). That show, ironically titled “My Major Retrospective,” gave a hint of things to come. It displayed personally significant artifacts from Emin’s life, such as a hospital bracelet and personal correspondence, in addition to a quilt on which she had stitched the names of family members and notes to them. In 1994 Emin undertook a U.S. tour of performance art for which, sitting in her grandmother’s chair, she read from “Exploration of the Soul,”” a handwritten autobiographical book (subsequently published in 2003) chiefly about her childhood. For a mostly YBA group show called “Minky Manky” (1995) at South London Gallery, she produced Everyone I Have Ever Slept With 1963–1995 (1995; now destroyed), a tent embroidered with the names of everyone she had (literally) slept with, including her twin brother, her mother, and her two aborted fetuses, as well as assorted lovers.
In 1999 she became a finalist for the Turner Prize with the installation My Bed (1998), which displayed not only the artist’s actual bed but also rumpled bedclothes and what one critic called “uncomfortably personal debris,” including soiled underwear, empty liquor bottles, and used condoms. That work, like many others made by YBAs, was purchased by advertising mogul and art collector Charles Saatchi, and it was among some 200 works of art he would donate to the creation of the Museum of Contemporary Art London in 2012.
Throughout the following decade, Emin explored a variety of media. She represented Great Britain in 2007 at the Venice Biennale with the show “Borrowed Light,” which included some neon pieces and embroidery as well as a series of watercolours and sculptures. She joined the ranks of Zaha Hadid, Anish Kapoor, David Hockney, and many others when she was elected a Royal Academician (“among the greatest names in contemporary British art”) that same year. In addition, Emin was made Commander of the Order of the British Empire (CBE) in 2013. Strangeland (2005) is a collection of her writings.

Some of Emin’s work from the 2010s was included in “Tracey Emin/Edvard Munch: The Loneliness of the Soul” (2020), an exhibition at the Royal Academy of Arts, London, featuring her work in dialogue with a selection from Edvard Munch’s vast oeuvre. While promoting the show, Emin spoke frankly about undergoing treatment for an aggressive form of cancer the previous summer.