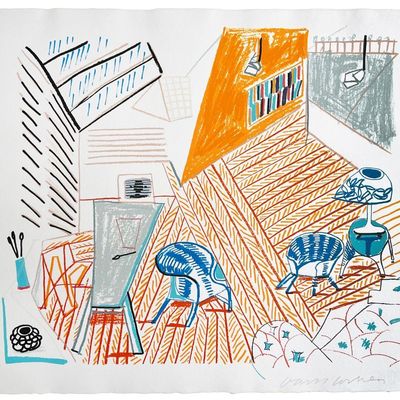 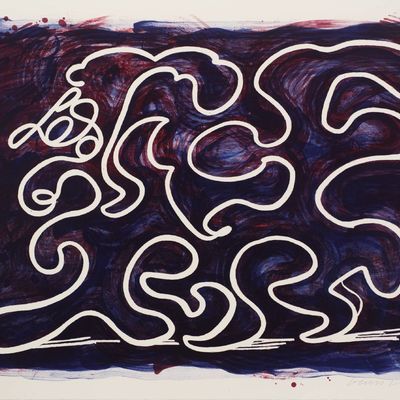 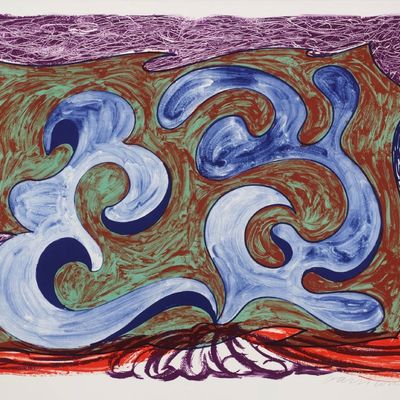 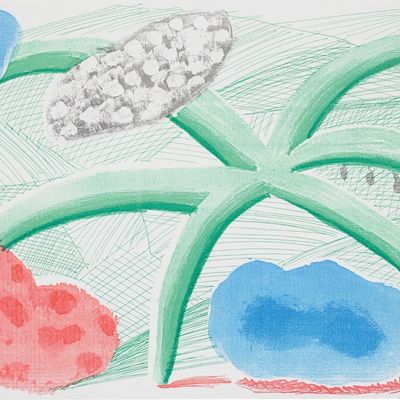 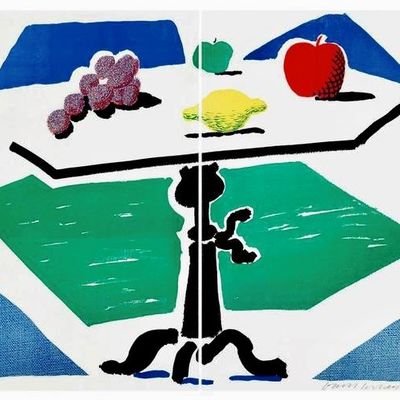 Apples, Grapes & a Lemon on a Table (Signed Edition of 91)
56 x 44 cm
Home made print on paper executed on an office colour copy machine
View

David Hockney studied at Bradford School of Art from 1953 to 1957 and the Royal College of Art from 1959 until 1962. He was awarded the Royal College of Art gold medal in 1962 in recognition of his mastery as a draughtsman and his innovative paintings. His early work was stylistically diverse, combining graffiti-like images with quotations from the poetry of Walt Whitman. Hockney moved to Los Angeles in 1963.

He produced highly evocative, sometimes homoerotic, iconic images of urban life. By the late 1960s his work had become more naturalistic but it was always characterised by Hockney’s alertness to the psychological and emotional resonance of his subject matter.